Close
HomeBlogUncategorizedSeattle Children’s article on our...

Seattle Children’s article on our research by Jennifer Carson 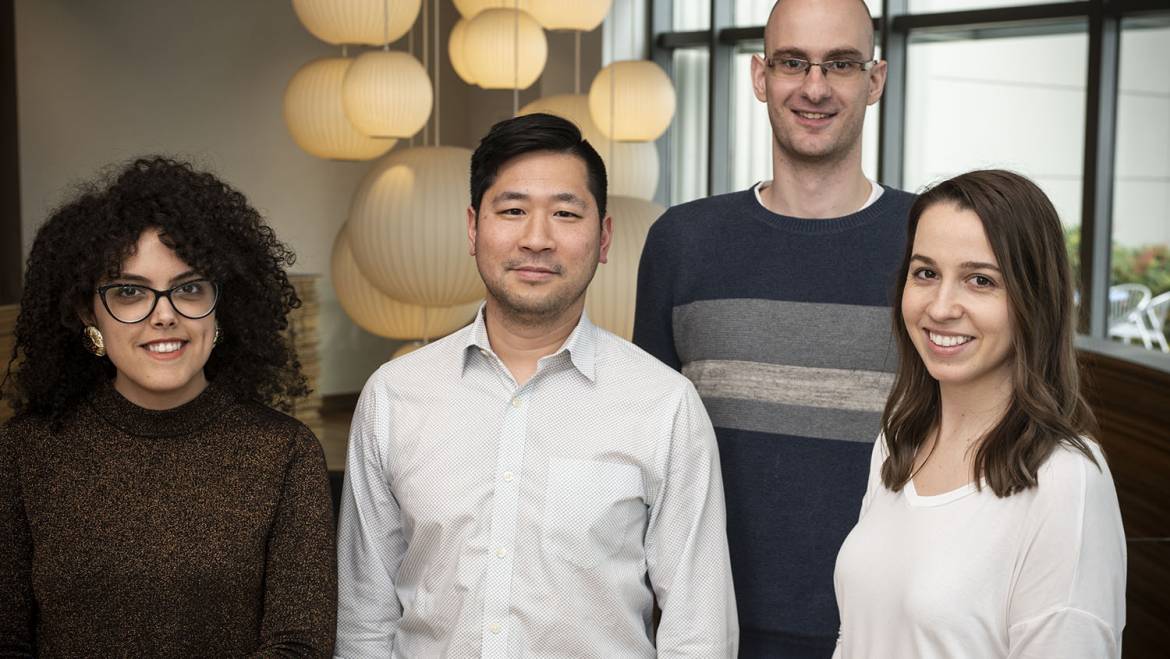 A Stroke of Genius

Strokes come in many shapes and sizes. In an ischemic stroke, a blood vessel in the brain is blocked by a clot. Hemorrhagic strokes are caused by blood vessel leakage. But both strokes can quickly result in brain cell death.

In children and adults, strokes often present sudden limb or facial numbness, confusion and dizziness. Perinatal strokes, which occur in the womb or within one month after birth, can cause seizures, sleep apnea and low muscle tone. Perinatal strokes can also lead to neurodevelopmental disorders in children, like cerebral palsy.

But some strokes don’t exhibit any symptoms at all. Studies have shown that these small, asymptomatic ischemic strokes, known as microinfarcts, likely occur over the course of decades in adult brains and may contribute to cognitive decline as we age. Even less is known about the occurrence and consequences of microinfarcts in young, developing brains.

In a way, Andy’s research is a lifespan away from where it began at Medical University of South Carolina (MUSC) in 2017. Originally funded by the Alzheimer’s Association to study how microinfarcts contribute to the development of dementia in adults, Andy’s research now focuses on better understanding how blood vessels in the brain first develop, and how microinfarcts affect blood vessels and brain function across a lifetime.

“It became clear to me that if you don’t understand the brain’s vasculature structure at the beginning of life while studying a process that degrades with age, then you don’t have a full picture of what’s really happening,” Andy says.

So, the Vancouver, Canada, native returned to his Pacific Northwest roots with his wife and two sons in the summer of 2018 to continue his studies at the research institute. Today, MUSC remains a partner in Andy’s study, which is funded by a $2 million grant from the National Institutes of Health (NIH).

Andy’s study doesn’t come without its challenges: Microinfarcts in human brains go largely undetected because they lie below the resolution limit of clinical MRI scans. Oftentimes their telltale lesions can only be seen in post-mortem brain tissue.

Because of this barrier, coupled with the infrequency of routine MRI brain scans on babies, the landscape to study the consequences of microinfarcts in developing brains is largely unchartered territory.

However, in collaboration with researchers at Emory University, Andy recently discovered spontaneously occurring microinfarcts in a mouse model of sickle cell disease — a genetic disorder that causes curvature of red blood cells that can sometimes form clots.

The heart of the matter

In his study, Andy models microinfarcts in young mice and visualizes their vascular effects in real-time using a method called photothrombosis — a minimally invasive procedure that combines photosensitizing dye and light to generate targeted clots within small blood vessels in the brain. By using this precise approach and a multi-photon microscope, Andy is able to see what happens to the vessel and tissue surrounding it almost immediately, as well as its effects weeks or months later.

“While the vascular network of a mouse brain is much smaller than in a human brain, both vascular networks function in similar ways,” Andy says. “Because of this, I’m able to translate animal model observations into what might be happening in humans.”

Preliminary study results show that although microinfarcts are small, they have broad effects. With each clot, lasting deficits 12 times the volume of the lesion are created, damaging the white and gray matter in the brain and causing neuroinflammation and depression of neurovascular function.

Gray matter tissue is dense with cell bodies of neurons and vital for communication between areas of the brain. On the outskirts of gray matter are nerve fibers, or axons, that conduct electrical transmissions away from the nerve cell body. These axons are covered in myelin, known as white matter due to its lipid-rich membrane, which help increase the speed of these electrical transmissions.

Andy is now focusing his efforts specifically on white matter — strategically placing microinfarcts in gray matter tissues and studying how they affect the function and structural integrity of the neighboring white matter.

“Think of gray matter as the houses residing in the brain and white matter as the telephone wire bundles that connect them together,” Andy explains. “You only need one microinfarct nearby to jam up the entire communication between otherwise normal and viable tissues in the brain.”

The goal of the CDBRM is to understand biological processes and provide opportunities to intervene. However, in a clinical environment where research is often devoted to developing therapies, sometimes a microscope is needed to clearly see how the center’s studies impact the lives of our patients and families.

Early in his scientific career, Andy’s work focused on translational research, which converts the knowledge and discovery gained from basic research into practical applications for patient use in clinical settings. A self-described “tinkerer,” Andy now prefers approaching his research from a mechanistic perspective.

“As a basic researcher, I’m always one step away from being able to do something fundamental that directly impacts people,” Andy says. “But by developing that foundational knowledge, logical and effective therapies can be created to fix aspects of very complicated diseases.”